How the can the ITT Gould’s Shearpeller help your mineral process system?

Beneficiation processes for several metals including copper, nickel, phosphate, molybdenum and iron often use the froth flotation method to separate the sulfide ore particles. Finely commutated ore is mixed with water and reagent in a float cell. This mixture is constantly agitated with a mixer and air is injected into the float cell to help form froth. The hydrophobic sulfide ore particles attach to the air bubbles and rise to the top while the rest of the gangue material settles to the bottom. Depending on the process, either the froth or the settled solids are the desired material.

Flotation circuits often employ up to three pre-concentration stages usually referred to as “roughers” and “scavengers” followed by additional stages known as “cleaners” to maximize mineral recovery. This overflow with the froth is typically pumped from one cell to the next and then downstream for further processing. ITT Goulds Pumps model SRL rubber-lined pumps have been successfully utilized in all stages of mineral processing including the flotation circuits.
Pumps in flotation circuits must be able to handle much higher flow volumes due to the mixture of liquid and froth. The full volumetric flow divided by the liquid content is called the “Froth Factor.” Froth factors often range from 1.2 – 4.0 but may sometimes be much higher. Conventionally, the selected pumps, piping and suction sumps must be sized to handle the full froth volume. Slurries with high froth content and low surface tension can sometimes cause air to accumulate at the impeller eye and air bind the pump resulting in reduced to no flow. Pumps are oversized so that the larger impeller passages easily facilitate the flow of the froth-laden slurry.

ITT Goulds Pumps has developed a proprietary impeller called the Shearpeller® for handling slurries containing air and/or froth. The Shearpeller can be retrofitted to all SRL-C pump sizes without any modification. The resulting SRL-S pump with Shearpeller significantly increases the flow capacity of the pump such that the pump may not require to be oversized for froth factors up to 2.5. 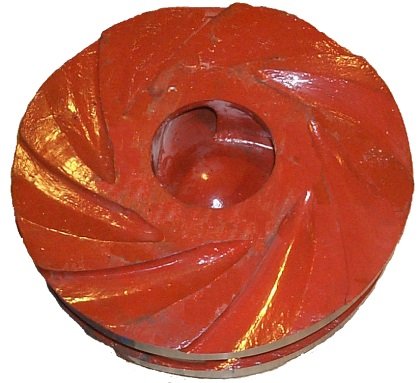 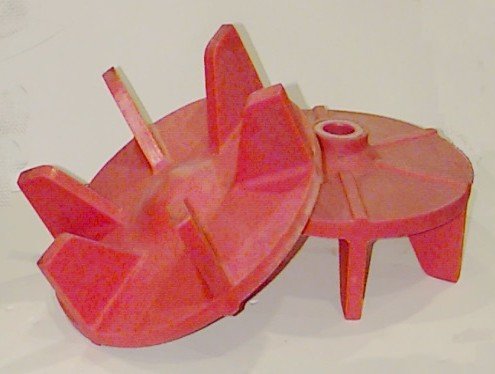 The  Shearpeller accomplishes this task in three different ways:
● The design consists of a rear shroud with five or six equally spaced flat radial vanes, large inlet eye and wide open water passages. This allows the large volume of froth-laden slurry to pass through the Shearpeller more easily.
● The absence of the front shroud extends the width of the Shearpeller vanes thereby extending the pumping capacity by 30 – 120% depending on the pump size. In addition, the large eye area and open waterway minimizes the possibility of air binding the pump.
● The performance characteristic of the Shearpeller yields a relatively flat flow-head curve. This allows the pump to operate at different points on the rpm curve with small changes in system head. As the system head decreases due to the increased inflow and higher sump level, the pump duty point moves out on the curve rapidly increasing capacity to accommodate the additional slurry and froth.

Contact the team at CAC Industrial Equipment to discuss a solution to your froth pumping queries. 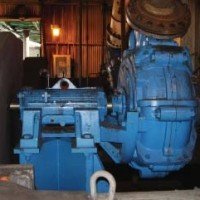 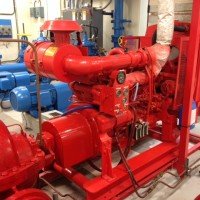 CAC in the Fire Pump System business!
Scroll to top